The Large Open Pit (LOP) Project is an industry-sponsored, international research and technology transfer project, which commenced in April 2005 with the aim of addressing an industry wide need for improved knowledge of rock slope failure in open pit mines. The 2005 agreement envisaged the project would last for at least four years. In the event, it continued until June 2014, courtesy of the support of twelve (12) international large open pit mining companies, under the management of Dr John Read of the CSIRO. In 2016, the LOP Project entered its Phase II (i.e. LOP II) with from eight (8) international mining companies, initially under the management of Professor Marc Ruest, then Professor David Williams and Dr Mehdi Serati.

Among the initiatives mandated by the LOP sponsors is the development of the following series of reference books on various aspects related to the design and stability of large slopes associated with open pit mines. For more information about the LOP Guidelines, see here. 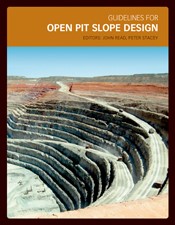 The first book covers the fundamentals of geotechnical investigation, analysis, design, and monitoring of open pit slopes. It represents the first comprehensive publication on this subject since the Pit Slope Manual was published by the Canadian Centre for Mining and Metallurgy (CANMET) in 1977. 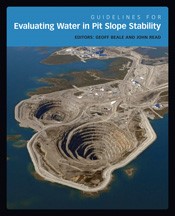 The second book covers the key influences of groundwater on the stability of open pit slopes and includes chapters on groundwater investigation, modelling of pore pressures and inflows, dewatering and depressurisation techniques and monitoring. 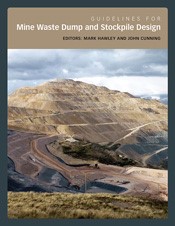 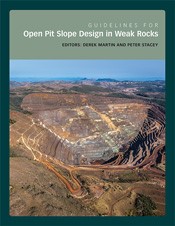 The fourth book focuses on the unique aspects of open pit slope development in weak rocks and other materials whose characteristics and behaviour fall between rock and soil. It follows the general cycle of the slope design process for open pits, from first steps such as field data collection and aspects of determining the strength of weak rocks, to an examination of weak rock types, and finally design implementation and operational considerations. 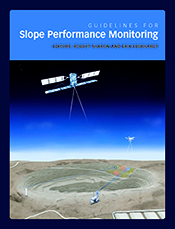 The next book in the series compiles the current and suggested practice for open pit operators, from field identification through to system design and operations support. Each topic is illustrated with several examples and case histories, demonstrating lessons learned.